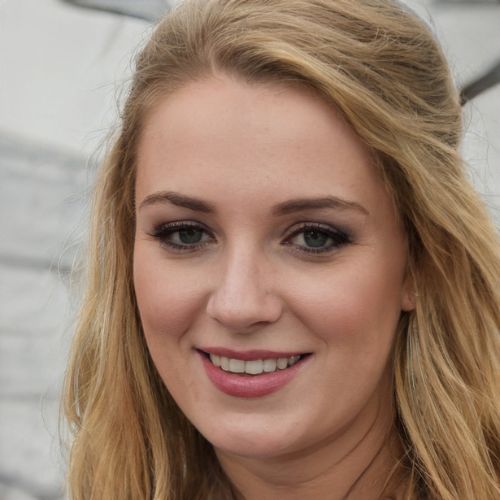 The president of the American Historical Association apologized Friday for a column he’d written on presentism. But the apology also irked some historians, who thought it was either insufficient or unnecessary.

The controversy continued over the weekend, when the AHA restricted its Twitter account to prevent “trolls,” including white nationalist Richard Spencer, from commenting further on the matter.

Here’s what happened: last week, James Sweet, Vilas-Jartz Distinguished Professor of History at the University of Wisconsin at Madison and AHA president, published his monthly column in Perspectives on History, an association publication. The column, titled “Is History History? Identity Politics and Teleologies of the Present,” argued that too many historians are practicing presentism, very roughly defined as interpreting the past through the lens of the present. And in so doing, Sweet said, these historians stand to make history indistinguishable from other social sciences.

Sweet defined history, done correctly, as an analysis “of people’s ideas in their own time” and the “process of change over time.”

“As the discipline has become more focused on the 20th and 21st centuries, historical analyses are contained within an increasingly constrained temporality,” Sweet wrote. “Our interpretations of the recent past collapse into the familiar terms of contemporary debates, leaving little room for the innovative, counterintuitive interpretations.”

He continued, “This trend toward presentism is not confined to historians of the recent past; the entire discipline is lurching in this direction, including a shrinking minority working in premodern fields. If we don’t read the past through the prism of contemporary social justice issues—race, gender, sexuality, nationalism, capitalism—are we doing history that matters?”

Historians are generally wary of presentism; it’s why many demur to comment on current events or predict future ones based on past happenings. So Sweet’s essay thus far wasn’t all that controversial. (Still, some historians argue that one way to keep history relevant is to increase engagement with the public over current events, and the AHA’s own advocacy program includes “Providing historical perspectives on contemporary issues.”)

Sweet’s examples of alleged presentism drew the most criticism. First, he asserted that presentism is why fewer Ph.D. students are studying pre-1800 topics, without exploring other possibilities for this trend, such as diminishing faculty job opportunities for such experts. Next, he criticized a series of historical discussions, none of which are the work of actual academic historians. These include The New York Times’ Pulitzer Prize–winning “1619 Project,” several recent U.S. Supreme Court opinions and a guided tour during Sweet’s recent trip to Ghana, which he said minimized the role of Ghanaians in the African slave trade.

Ultimately, Sweet argued that “the erasure of slave-trading African empires in the name of political unity is uncomfortably like right-wing conservative attempts to erase slavery from school curricula in the U.S., also in the name of unity. These interpretations are two sides of the same coin.”

‘All History is Presentism’

Sweet’s essay does say that “history suffuses everyday life as presentism.” But many critics said it was slipshod to attack presentism and newer turns in historical inquiry (such as those toward race and gender) with travel anecdotes and a movie preview, instead of historical works.

Other common critiques of Sweet’s essay, as evidenced on social media and a flurry of response essays: presentism is hardly the field’s most pressing issue; Sweet didn’t fully understand presentism as a concept; some degree of presentism is inescapable, given that no one is practicing history in a time machine; and Sweet, a white man, was arguing against the elevation of historically suppressed voices and perspectives from his elite perch as head of the AHA.

In one example, historian Kevin Gannon, director of the Center for the Advancement of Faculty Excellence at Queens Univeristy of Charlotte, wrote in a response piece,

Look, it’s like this: all history is presentism. This was true when Lynn Hunt wrote the first iteration of “against presentism” a couple decades ago, and it remains true now. We are historians, in the present, who are selecting some (certainly not all) “historical facts” from the past in order to narrate, analyze, interpret, and contextualize. At best, we are mapping, or representing, the past; we are certainly not reproducing the past in any exact way. Thus, the very act of selecting a topic, arranging evidence (or, as Hayden White would have argued, emplotting it), and presenting one interpretation of all that as more legitimate than the others—this scholarly ritual is absolutely shaped by the concerns of our present. That it even exists is because of “the concerns of the present.” Some of us admit, and even embrace, these temporal and epistemological entanglements, and we are thus able to do our scholarly work in a way that recognizes both the possibilities and limitations of our position. Others deny those entanglements and are thus able to blithely and without any sense of irony do themselves what they decry in others’ work: use the past as a means to justify their particular present. And they most often do this by denying the epistemological and scholarly legitimacy of others’ pasts. In this sense, Sweet’s article does render at least one service to the profession: it reminds us that the strongest expression of “identity politics”—its platonic ideal, in fact—is a privileged white man condemning what he sees as everyone else’s obsession with “identity politics.”

Reverend Malcolm Foley, special adviser to the president of Baylor University for equity and campus engagement, wrote in a separate response that the historical “accounting” he’s personally called to do “does not in fact ignore the values and mores of people in their own times. But it does pass judgment, and it does not haphazardly do so. I am reminded of the voices that call prominent theologians in the eighteenth and nineteenth century ‘men of their times’ when referring to their virulently racist pro-slavery stances. It is not an imposition of a foreign standard that I apply when I call those stances virulently racist; it is the recognition and elevation of a standard contemporary to their own, namely that of the enslaved. If objectivity means that I treat evil ideas the same as I treat just ones, I have no time for it.”

An Apology, and More

Following such criticism, Sweet added a statement atop his essay saying, in part, “My September Perspectives on History column has generated anger and dismay among many of our colleagues and members. I take full responsibility that it did not convey what I intended and for the harm that it has caused. I had hoped to open a conversation on how we ‘do’ history in our current politically charged environment. Instead, I foreclosed this conversation for many members, causing harm to colleagues, the discipline and the association.”

He added, “I sincerely regret the way I have alienated some of my Black colleagues and friends. I am deeply sorry … I hope to redeem myself in future conversations with you all. I’m listening and learning.”

Some historians said they were happy to see Sweet’s apology, while others said that it didn’t address their substantive concerns about his very public critique of the discipline. Some argued that Sweet shouldn’t apologize for expressing apparently sincere thoughts on the field.

Soon the AHA’s Twitter thread was attracting comments from those outside the field—including one from Spencer, which said, “I just read this man’s offending column; it was reasonable in the extreme. Apparently, being a Rankean historian causes ‘harm’ and ‘pain.’ It’s ridiculous.”

The AHA then restricted public access to its Twitter feed, saying in a post that “A conversation about history has been invaded by trolls uninterested in civil discourse in last 12 hrs. This is appalling. Therefore conversation is temporarily limited to our community. AHA condemns all harassment of members of our community & others who replied in good faith.”

Association presidents are elected and serve in that role for one year. The AHA’s permanent executive director, James Grossman, said Sunday evening that “we hope to make our Twitter account public again soon. Our priority is to make sure that our followers are not harassed by trolls, while encouraging comments from the historical community and the public. We will continue to monitor the situation.”

Grossman added that Sweet’s column, “the response to that column, his apology, and the response to that apology have all raised important issues that stand at the center of the work we do as historians. A provocative conversation has already begun in the comments beneath the online article. These issues will be on the agenda at the next meeting of our governing council.”