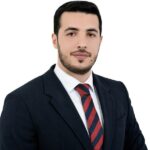 How to respond to boys inspired by Andrew Tate

Women should not fly planes. Women should be the property of men. Women must “bear responsibility” when they are raped.

You might expect the violently misogynistic worldview of Andrew Tate to be confined to isolated comments on obscure websites, but Tate is a TikTok and YouTube phenomenon, a ubiquitous influencer with a reported net worth of £15 million.

If you’re teaching children old enough to have their own phone, there’s a good chance many are aware of his presence. And, despite Tate’s recent arrest in connection with a human trafficking investigation, it may only be a matter of time before boys you teach begin to display disturbing attitudes in your classroom.

Recently, I asked teachers on Twitter about their experiences of dealing with male students who had fallen under Tate’s influence. The response was overwhelming. I was inundated with stories from teachers left upset and deeply concerned.

For example, Joanne (not her real name), a teacher from a post-16 setting, says she “recently had a really challenging lesson in which two of the boys were discussing openly admiring Andrew Tate”.

Confronted with a celebration of such misogynistic attitudes, she describes feeling out of her depth: “Truthfully, I felt really unprepared to have such extreme views openly shared in my classroom and was a little floored by my emotional reaction,” she says.

A teacher from Cornwall, Chloe, shares a similar story: “I recently had a Year 11 male student inform me loudly that he aligns himself with Tate’s beliefs. When I asked what he meant by that, he said that Tate was right about ‘stuff’. Another student (female) asked whether that meant he agreed with Tate’s views regarding rape, and women as second-class citizens. In response, he said ‘yes’.”

In some cases, Tate’s brand of misogyny is emboldening some boys into trying to intimidate female teachers. As Maxine, a teacher from Yorkshire, says, “I had a 14-year-old male student tell another boy to ignore me and ‘put her in her place’.”

Even for very experienced teachers, the impact of such an encounter can be profound, she points out.

“It left me feeling pretty rubbish, to be honest,” she says. “I’m 50 years old and have never had anything like it. This kind of behaviour has definitely increased recently.”

Even more troubling for the teachers involved is when their efforts to tackle the problem are undermined by senior leaders.

For example, during a computer lesson, Siobhan, a secondary school geography teacher, found a Year 8 boy watching a video of Andrew Tate making horrifying comments about human trafficking. The student was removed from the lesson but, after a parental complaint, the behaviour points were rescinded by a pastoral lead who, Siobhan says, was sympathetic to some of Tate’s views.

In fact, several female teachers say that male colleagues in leadership positions have told them they have read too much into boys’ comments or have downplayed incidents in other ways.

It’s clear, then, that this problem has deep roots – and that solving it might have to start with some members of staff taking a long, hard look at themselves.

But with scenes like these playing out in classrooms across the country, what practical steps can schools take to change boys’ minds and stem the flow of Tate-inspired prejudice?

Emily Setty, senior lecturer in criminology at the University of Surrey, undertakes research with young people about sex and relationships. She argues that teachers’ well-intentioned attempts to shut down misogynistic conversations can often make things worse.

“Often boys are told that a particular attitude is wrong or inappropriate,” she says. “Such well-meaning efforts attempt to create a climate where misogynistic views aren’t acceptable. I understand that, but then the problem is that boys feel unfairly targeted, and it reinforces the idea that people like Tate are being silenced.

“Ultimately, it does nothing to address the underlying causes of the beliefs or the wider issues at play.”

So, what’s the alternative? Setty suggests that, instead of immediately ending these uncomfortable conversations, teachers should see them as “teachable moments”. In these instances, communication style is just as significant as the content of the discussion.

“It must not be done in the form of a lecture,” she says. “It should entail ‘calling them in’ rather than ‘calling them out’, which I’ve found rarely leads to anyone changing their view.”

In practice, this would mean providing a forum for boys to share their views and listening carefully to them, no matter how unpleasant this is. Our instinct leads us to tell boys immediately how unacceptable and wrong their opinions are. But giving them time to express these views in detail will increase the likelihood of them listening to us when we start to deconstruct their views.

2. Try to understand why boys are susceptible to Tate’s message

Distasteful though it might be, developing a greater understanding of Tate’s wider appeal is an important step towards diminishing his influence – and helping to create those teachable moments.

For all Tate’s reprehensible comments about rape and domestic violence, his true appeal to teenage boys is usually more prosaic. Among the barrage of misogyny, he also specialises in an unsubtle brand of self-help mumbo jumbo, which appeals to alienated young males in a different way and comes accompanied by images of Tate in his latest Lamborghini or Bugatti.

As Carol, a secondary school teacher from Bristol, explains, for boys who struggle at school there is something seductive about Tate’s “glamorous” persona.

“Boys are often blinded by his wealth, his lifestyle, his image, his emphasis on physical fitness,” she says. “But to address the issue, we need to look at the cold, hard facts of what he promotes, via looking at his quotes in isolation.”

Hopefully, once boys realise that the luxury lifestyle has been funded by what Setty terms “incendiary content sharing”, they’ll gradually see that Tate is not as glamorous as he first appears.

3. Use assemblies to challenge assumptions

Many teachers fear that by even mentioning Tate, they might unwittingly promote his ideas to students previously unaware of them. However, saying nothing only allows his influence to grow unchecked.

Head of English Chris Curtis has found that assemblies are a good way to get the message across. He uses misogynistic phrases as a starting point into discussion about the wider dehumanisation of women in society. He also uses relatable examples – such as the lyrics to Kate Bush’s song Running Up That Hill, which recently featured in the Netflix show Stranger Things – to deconstruct Tate’s tactics.

And, like Setty, Curtis believes that education, rather than punishment, is the key.

“You’ve probably used these phrases and not realised that under the surface they reflect and symbolise a hatred towards women,” he tells students in assembly. “The intent wasn’t there, but the words were. Young people make mistakes. We all do. We are here to teach and we need to teach you this important lesson.”

It’s particularly helpful to have male teachers stand up against misogyny, as it challenges assumptions from some boys that only female teachers find Andrew Tate odious.

These are challenging topics, and in order to approach them with confidence, staff first need the right tools.

“Arming teachers with factual knowledge on the topic is really important, as a lot of my colleagues were caught on the hop and couldn’t give responses to a high enough standard,” says Chloe. “This encouraged the boys to think that they ‘won’ and the teachers ‘lost’.”

Whole-school CPD is therefore an important part of the solution. This allows schools to establish ways of dealing with misogynistic comments and helps to create a consistent approach from teachers, pastoral staff and senior leaders.

Increasingly, help is becoming available for schools. Organisations like Schools Supported and Votes for Schools are putting together resources and webinars to help teachers deal with the safeguarding implications of misogyny and incel culture.

Yet, to be effective, CPD will need to address the mindset of male teachers sympathetic to Tate’s worldview. In my experience, training on highly emotive issues is best done initially in smaller groups, facilitated by members of staff who are confident managing discussions on contentious and complex topics. Whether this is an external expert, PSHE leads or SLT members, choosing the right facilitators, who can confidently challenge entrenched ideas about masculinity, is of crucial importance.

While Tate exemplifies online misogyny, it would be a mistake to think that if he disappeared, then attitudes towards women would automatically improve.

“My take on Andrew Tate is that he’s daft, he’s a persona,” she says. “[But] Tate is the very visible tip of a huge iceberg. And really, he’s what women have faced for decades, a charismatic man displaying toxic attitudes to women and proudly embodying toxic masculine entitlement.”

Perhaps, then, if we are really going to tackle misogyny in our schools, we are going to have to accept that Andrew Tate is only one high-profile symbol of deeply entrenched societal beliefs. And while taking steps to tackle his rhetoric among the boys who repeat it, we must also take the time to look at the bigger picture – perhaps including our own attitudes.