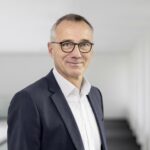 How Effective Are Publishers at Delivering Inclusive Materials? – EdSurge News

In November, the Virginia Board of Education tossed out its plan to revise the state’s standards of learning for history and social studies. Buoyed by appointments from Republican Governor Glenn Youngkin—who made wading into education fights a staple of his campaign—the board scalpelled out many of the proposed revisions that had been intended to create more diverse representation in lessons in Virginia schools. In their place was a more conservative—and much smaller—set of standards, one that didn’t include curriculum frameworks for teachers. This all fueled the impression that it was a political, rather than an educational, decision.

The fusion of politics and education is hardly unusual. A number of states are fiercely battling over curriculum standards, and not just in history and social studies. For example: California’s debate about revisions to its statewide math framework included provisions to shake up math instruction, in an attempt to keep it rigorous but also find a way to narrow achievement gaps among students of different races and income levels. The revisions were embroiled in arguments over what good math teaching looks like.

Riling up many of these no-holds-barred K-12 scraps is “inclusivity.” The concept is tied to the notion that when kids learn, no matter what their backgrounds are, they should see their own realities reflected in the text.

The immense pressure to close educational achievement gaps, worsened by the pandemic, has intensified the felt need for inclusivity among its proponents. And the historic low scores recorded by the NAEP assessment—which showed some disparate gaps—have only added to that.

A key part of the equation, as revealed by the statehouse battles, is the materials themselves. If the textbooks, courseware, lesson plans and worksheets used in schools reflect all students’ realities, the argument goes, it will set all students up for real learning.

But figuring out whether texts are inclusive can be difficult. Though several formal attempts have been made to come up with guidelines, the organizations EdSurge spoke to each seemed to use their own.

So, what does it mean to be inclusive, and how good are education publishers at it?

So, You Want to Be Inclusive?

Instructional materials aren’t more important than teachers, says Cassandra Herring, CEO of the Branch Alliance for Educator Diversity. How teachers are prepared and what they actually do in the classroom are hugely important when evaluating inclusivity, she and other observers indicate.

But content-wise, Herring argues, the minimum bar is making sure students see themselves, their families and communities represented in the lessons. She adds that this should come along with a focus on real-world applications—to give students a clue on how to apply what they’re learning in the contexts they actually live in—and effective guides to show teachers how to use the materials.

Districts are hungry for these materials and publishers seem to be rushing to catch up, Herring says.

“I think that now there has been a shift to ensure that materials are more representative, more inclusive, that students can see themselves or families or communities in the work,” Herring says.

But right now, many teachers are having to go out on their own and find supplemental texts, because the official materials aren’t inclusive, she adds.

How Inclusive Are Publishers?

There’s been a general increase in effort to make published materials more inclusive of more groups of people. Data about publishing titles from the Cooperative Children’s Book Center—a research library, housed at the School of Education at the University of Wisconsin-Madison—shows that there’s been an increase in children’s titles published by and about racial minorities over time.

Still, there are still some “big limitations” in who can see themselves in their schoolwork, according to William Rodick, a Spencer Scholar at the Education Trust, a nonprofit focused on dismantling racial and economic barriers in the education system. That’s especially true for LGBTQ people and those with disabilities, Rodick says. Part of that may be because, according to Rodick, the publishing industry isn’t very diverse, skewing mostly white and heterosexual.

The question publishers should take up, Rodick adds, is whether the texts they develop really represent the richness of real life. Outside of the cliches and stereotypes, are people of all sorts of backgrounds being depicted in all sorts of different roles? That’s the way that kids will see their own realities reflected in the social issues they are learning about, he suggests. It’s something that’s just beginning to blip onto publishers’ radars, Rodick says.

Overall though, Rodick describes himself as optimistic about the direction that publishers are moving when it comes to inclusive materials. It doesn’t seem to him to be a marketing ploy, though the attempt hasn’t been flawless.

Publishers themselves say they’re taking inclusivity seriously. They note, though, that they can’t always do as they please.

“Like many companies right now, we’re spending a lot of time in certain states having to justify or provide audits of the books that we’re using, and in some cases, we are being told we have to change the books that are being used in some of our courses,” says Jamie Candee, CEO of Edmentum, an online learning program provider that develops its own curriculum.

Edmentum’s curriculum is pretty inclusive, Candee claims, and the company had even overhauled it prior to the pandemic to include more perspectives. However, when state standards change, Edmentum has to change its curriculum.

But, Candee says, Edmentum has made it really easy for teachers to customize the curriculum, empowering them in the classroom. So, if they feel something is missing it isn’t hard to add it in “pretty seamlessly.”

There are other factors, outside of the “heavy politics” of changing curricula, that publishers have to contend with as well, she adds. Parents, for example, are keener to have a more powerful voice, she indicates. And that impacts the development of materials, she argues.

A Textbook Case of Controversy

Navigating the politics of course materials can seem like running a sprint through a minefield.

When Heinemann—a huge and pervasive education publisher with more than $1 billion in estimated sales in the 2010s—updated its curriculum last year, it found itself stepping in the wrong place.

The company had attempted to update controversial reading curricula written by Lucy Calkins, a Columbia University professor, which some have argued aren’t compatible with the best reading research. Instead of closing the book on a controversy, the company found more, thanks to new state laws. In conservative states, it was informed—partly through focus groups with teachers—that expanding references to race and gender in its curriculum was probably illegal. Heinemann made moves to edit the materials accordingly, but then stopped when proponents of increased inclusion protested. In response, the company publicly apologized.

Now, the company argues that its commitment to diversity, equity and inclusion isn’t wavering. Its parent company, Houghton Mifflin Harcourt, is devoting serious resources to training its staff on inclusivity across a number of factors, Benita Flucker, HMH chief equity and inclusion officer, told EdSurge.

That includes race and sexual identity, but also other categories such as family structure and how people of different ages are depicted, she says. Part of that, she adds, is working to get community, student and teacher input through practices like focus groups. “It’s an army of folks who are really thinking about this,” Flucker says.

What about the controversy? Flucker claims that what was ultimately published in the Heinemann curriculum updates was actually more inclusive. And representatives for the company say that Flucker’s team is now more “tightly integrated” with Heinemann.

Still, Heinemann may have lost support among educators pushing for more inclusive curricula. The example shows how the publishing market has become a battleground, one difficult for companies to navigate in the crossfire between progressive and conservative activists.

“I have not found a set of curriculum materials that are exemplary,” says Herring, of Branch Alliance for Educator Diversity.

If publishers want to ensure they develop exemplary materials, the people involved in that process should come from all sorts of environments—so urban, rural and in between, Herring says. They should also reach out to others doing equity work across the education space, she adds. And for a curriculum to be truly excellent, she argues, it should offer multiple viewpoints on the issues it presents and should expose students to social critiques.