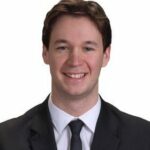 These Black History Month quote posters make powerful conversation starters for February and beyond. Download them, print them, and display them on the walls of your classroom or school.

Born into slavery in Maryland in the early 1800s, Frederick Douglass would escape, with the help of his first wife, Anna, and become one of the greatest abolitionist leaders and orators in the United States. During his lifetime, he wrote three autobiographies and edited an anti-slavery newspaper called The North Star.

“When you get, give. When you learn, teach.” —Maya Angelou

Maya Angelou was a poet, dancer, teacher, and activist. During her life, she published numerous books and received countless awards and honorary degrees. She wrote and recited a poem for the inauguration of President Bill Clinton in 1993. Her inspirational writing offers great insight and lessons for students.

“The time is always right to do what is right.” —Martin Luther King Jr.

The most recognizable figure of the Civil Rights Movement, Martin Luther King Jr. was a proponent of nonviolent resistance and received the Nobel Peace Prize in 1964 for his work. He became a national figure during the Montgomery Bus Boycott. It lasted more than a year and resulted in the desegregation of the city’s buses.

“Freedom is never given; it is won.” —A. Philip Randolph

A. Philip Randolph was a civil rights and labor activist who helped establish the first majority-black labor union, the Brotherhood of Sleeping Car Porters. He was also an important figure during the Civil Rights Movement. He helped organize the March on Washington held in 1963.

“Truth is powerful and it prevails.” —Sojourner Truth

Sojourner Truth, an abolitionist and women’s rights activist, is best known for her 1851 speech “Ain’t I a Woman?” first delivered in 1851 in Akron, Ohio, at the Ohio Women’s Rights Convention.

Ready to decorate your classroom with these posters?

Just click the button below to enter your email and get instant access to save or print these free Black History Month quote posters.

What Black History Month quotes would you make into classroom posters? Share in the comments below!